By Martin on 9/30/2016
These serve the intended purpose, but are constantly sliding out so they aren't very useful to have in during any kind of activity. They would be effective in training and stretching though. The problem is that the flare/taper is not significant enough for them to stay in.
By Libby on 12/7/2015
These are made of a firm rubber that has little give, which is what I'd expect from something made to dilate something. The sizes change gradually enough that you can easily move up once you've gotten used to the current size. The quality seems high, I probably won't have to replace these for a long time.
By Joy D on 12/2/2015
Nice set to work through. I've put a few things in my ass but this was my first butt plug, and I figured a set was better than guessing and getting just one. -1 star because they don't stay in very well, but that's probably a good thing when you're trying to move to a larger size.
I put the first one in with no issue, it's noticeable, but anyone should be able to slide that baby in with no issues.
2nd one was more of my size, pretty much used to the things of that size, so it wasn't a shock.
3rd size took some work to get in, and I probably went too fast. This was the first night when I was seeing what these were like, so after that I took a break, chuckling at the size of the largest one for being so huge (7inch circumference at the widest part).
Next day I went through them again, and attempted the 4th size. Took a lot of lube and a lot of relaxation and time. I started a timer so I would have each one in for 5 minutes, just to get acclimated basically. After 5 minutes with #4, I decided to wait an additional 5 minutes, plus remove and reinsert it because it gets wider.
Eventually I attempted butt plug number 5. If you've never put anything large up your ass, this one is massive. I ended up forcing it in after a lot of attempted relaxing and it was taking so long that I just grunted through the pain. Once you get past the thick part, it is easier to deal with, and it felt magnificent. I took it out and went back to #4 after a little, then went back up to #5.
Material feels good, can't go wrong with this set for a beginner/intermediate. 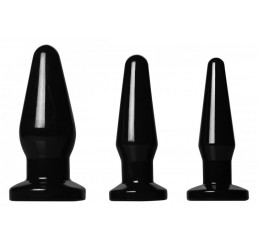 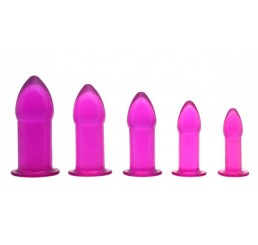 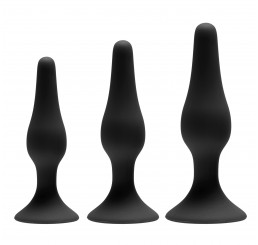 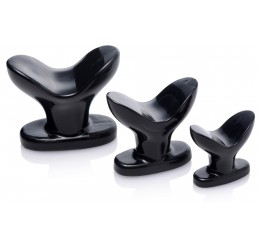 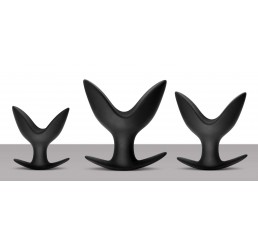 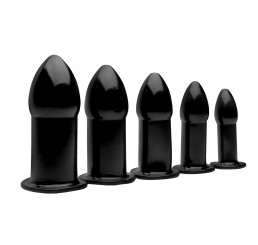 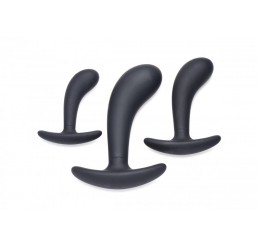 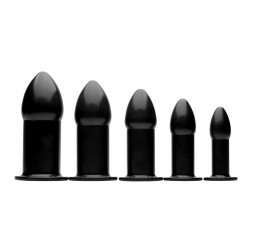