By Miguel on 8/14/2018
I got this for my fiance as a stretching gift cause she loves too be filled to the max. When she first saw this, she cried out that it would never fit. But we have been using it for a while now and she absolutely loves it and would not trade it for anything. I love how it opens her up and leaves her wide for all kinds of fun. Word to the timid, do not try this if you are easily scared or don't want too feel like you are giving birth each and every time you use it.
By Aphrodite on 7/27/2018
High quality, no defects in the mold, heavy, stands up perfectly on its own, bottom of mold is concave making it work as a fantastic suction cup. Highly recommend!
By Skyler on 1/20/2018
It was what I wanted. It is a great toy. But it is very large.
By Franco on 12/17/2017
What a nice fun TOY !!! amazing fun !!!
By Latrina on 11/21/2017
Let's start with WOW it's huge
It's nicely made soft and squishy on the outside but is still ridged enough for hands free play doesn't flop all over the place the suction cup base keeps it in place while riding it
Takes a few minutes & lots of lube to get it in once I got it in my pussy the awesome feelings of being stretched out & stuffed full start pouring over me once it slid into my pussy after a few minutes of working it in I came in less than a minute great toy love watching hubby watch me ride it
Great toy if your into big toy sex I mean really big

By Kody on 9/5/2017
It a big one love it. an u shood try it
By Arely on 8/22/2017
It is a very interesting toy enjoy it very much
By Trevon on 6/18/2017
if you love being stretched this is the dildo for you
By Duncan on 2/24/2017
She likes the size and the girth but the material is a little too rigid.
By Efrain on 10/28/2016
Not for the faint at heart this is huge..
By Albert on 8/17/2016
its big but not big enough. Had no problem getting the whole thing in first try.
By Antonio on 8/13/2016
The rounded cap and following expansion is graded slight enough to make insertion easy. The width of the dome topped out at three and a half inches. After that, the shaft drops to about 3-1/8" which produces an incredible "pop" sensation. Veiny ridges add great detail while gliding down but is smooth enough not to distract the pleasures at hand. A very comfortable experience overall.
By Paxton on 1/15/2016
Amazing! Thought at first is have to go bigger but all that changed as soon as it penetrated me. The design is perfect. Once you get the head your body just pulls it in. I'd give it more stars but there are only 5. Seller shipped it super quick. Discreet packaging.
By Maddox on 1/10/2016
Wow just wow. Look at the thickness of your forearm closest to your elbow and that's whay this is like. So dang big can't wait to master this beast
By Grace on 1/6/2016
Talk about beastly! My husband enjoys pushing my limits....This maxed me out! Simply loved the feeling. Wish men actually had this kind of equipment!
By Dylan on 11/27/2015
The Cyclops is a simple toy, featuring a nearly round, 89 mm spade on top of a fairly textured column, which is anywhere between 80 and 84 mm. It takes a while to get used to such a girth, but I found that progress was easier with this toy than with similarly sized plugs or double-bulge toys, as the amount of muscle expansion was always significant, even after the top spade popped in.
In time I became comfortable enough with this toy to use it in a fully dynamic fashion, passing the fold of the top spade in and out at speed. This is the widest toy which I am capable of holding with one hand — anything wider requires positioning it somewhere, usually a flat surface, or sometimes the edge of the sink box. Further down the line, I began to use the Cyclops less and less however, due to significant drag generated during dynamic action on the column. In part this is due to the texture, but it is the high friction of the outer surface that hinders passage to a large extent, regardless of copious amounts of lubricant used. The surface finish is simply not good enough, unless someone is into muscle drag, of course. I think that if one gets carried away too much, some damage to the second sphincter may be the result. Do whatever I may, I cannot stop thinking about such issues whenever I play with the Cyclops.
I wish that the Cyclops surface finish were different, a lot smoother and a bit harder.
All in all, it is good to have for a while as a transition toy, but long term, not so sure, as there are better, safer toys out there. I don't think I will be using it for much longer. 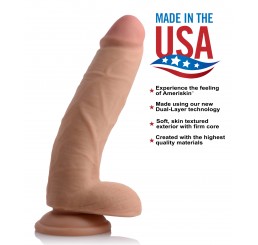 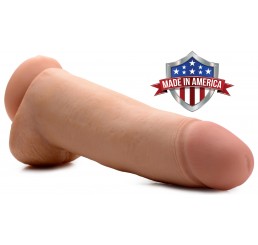 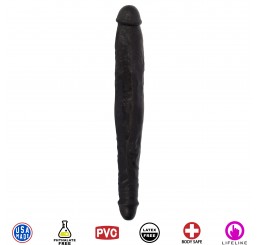 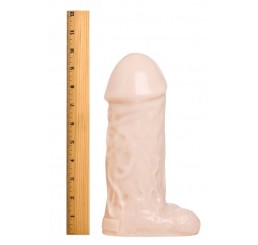 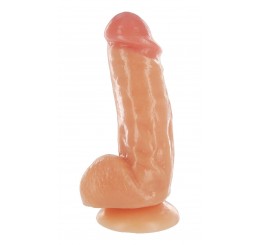 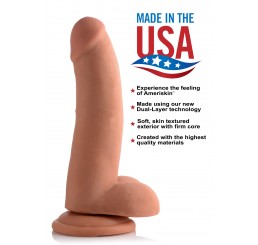 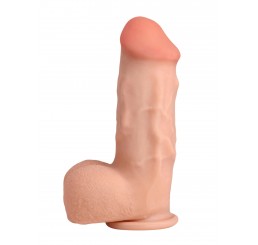